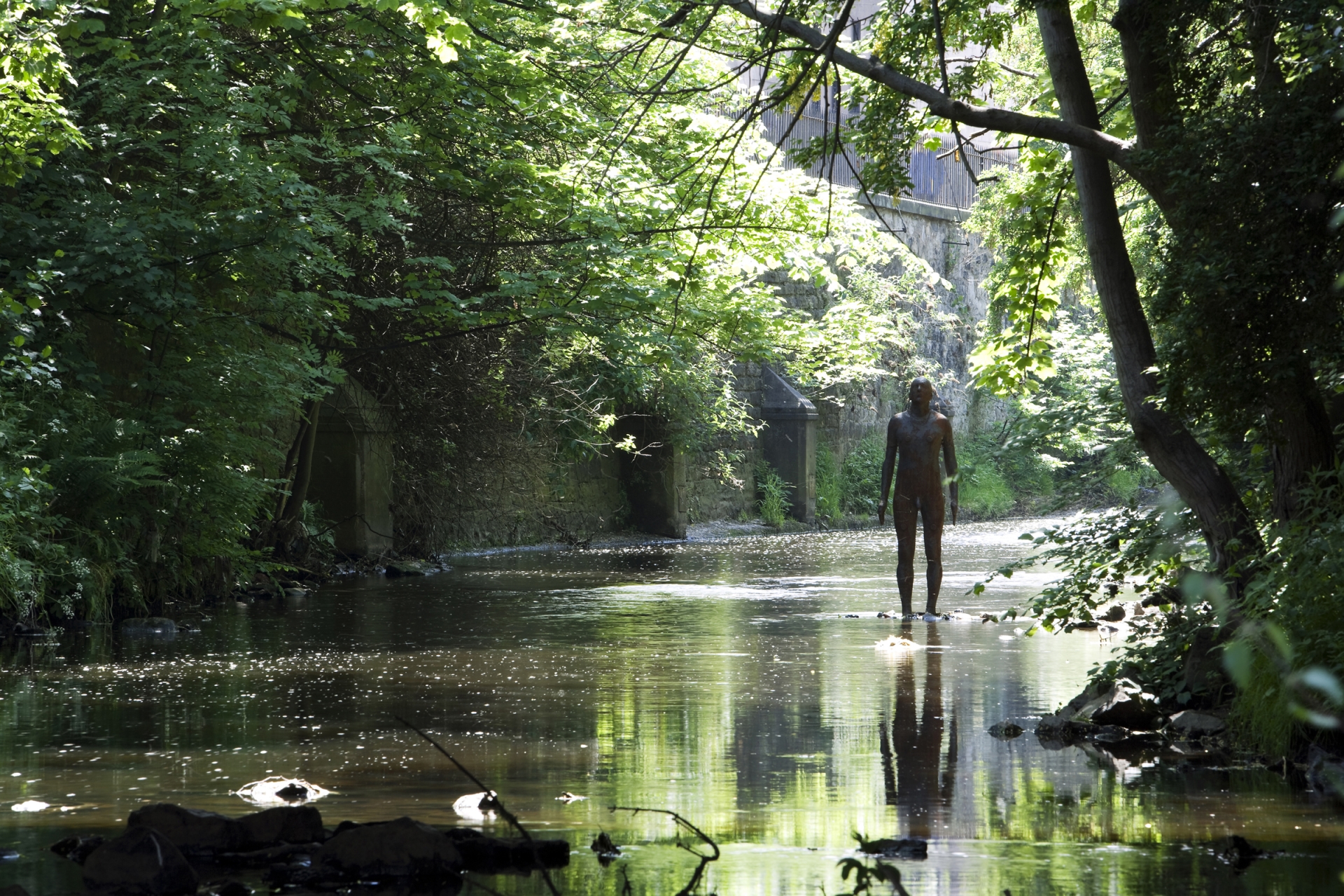 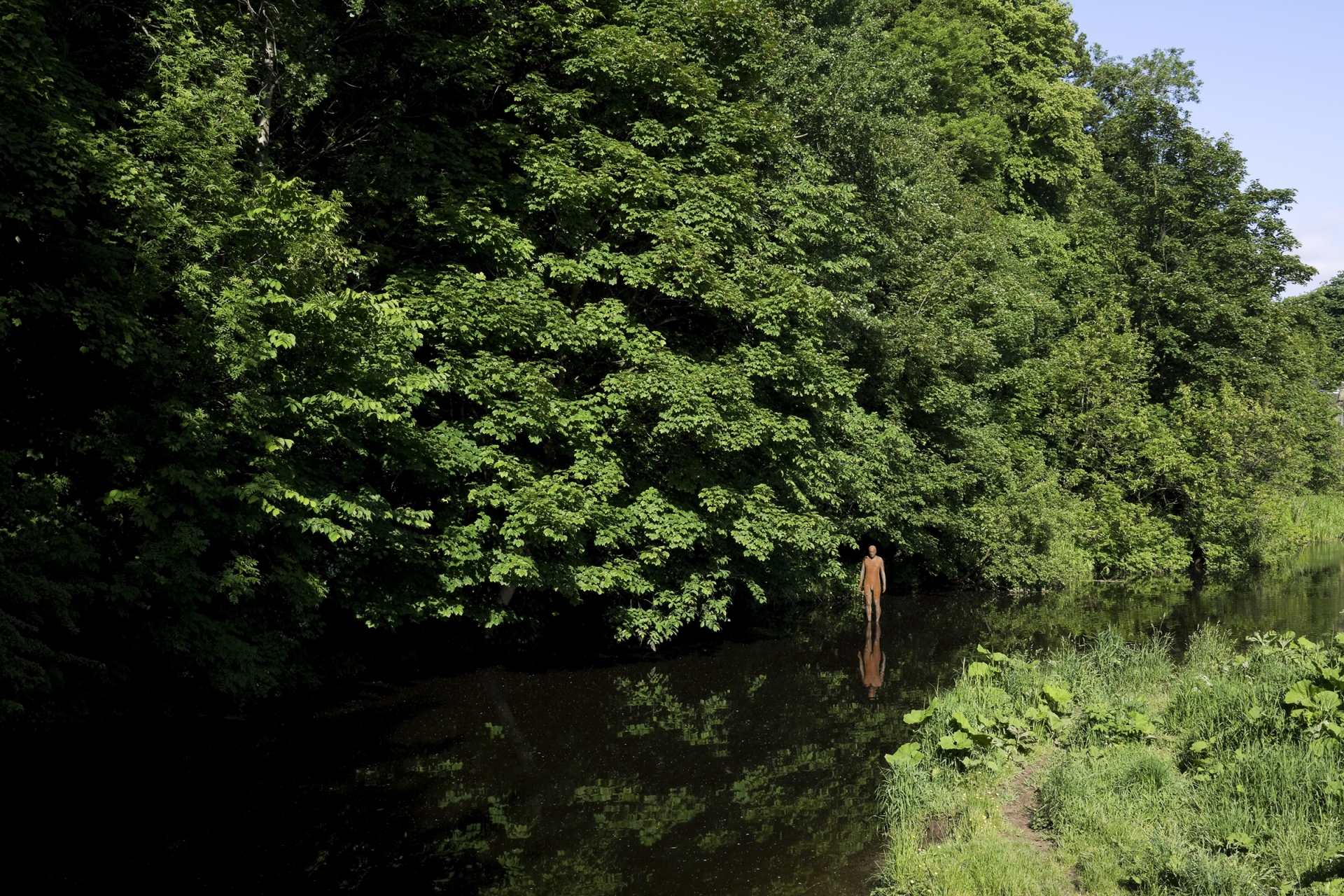 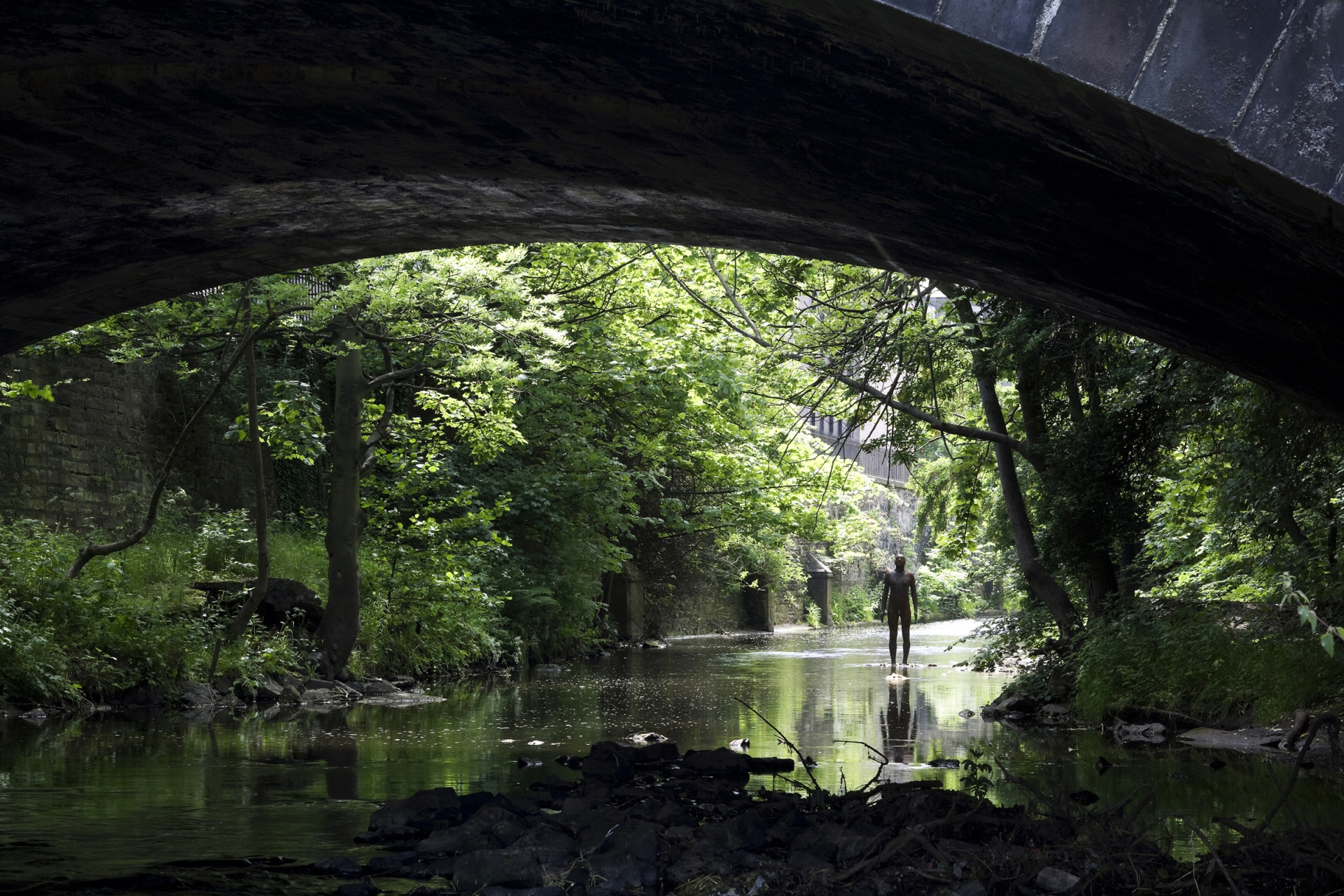 AED were first asked to look at this multi-part work of art in 2011, subsequent to unexpectedly frequent knock-downs of the sculptures that were located in the Water of Leith river bed itself.

Our studies focussed on the distressing of the pivot mechanism caused by oscillation of the statues as water vortices were shed from the forms, together with scouring of the foundations themselves. Subsequently the works were all removed from the river.

We were then commissioned by the National Gallery of Scotland to report formally to Anthony Gormley and the Gallery on the condition and causes of the frequent toppling of the works, and to formulate proposals for the reinstatement of the works. At that time the physics of object impact on the works was also explored in detail to inform the design of new mountings and foundations, uniquely tailored to the geotechnical and hydrographic conditions of each proposed location. A cost assessment for the reinstatement was also produced.