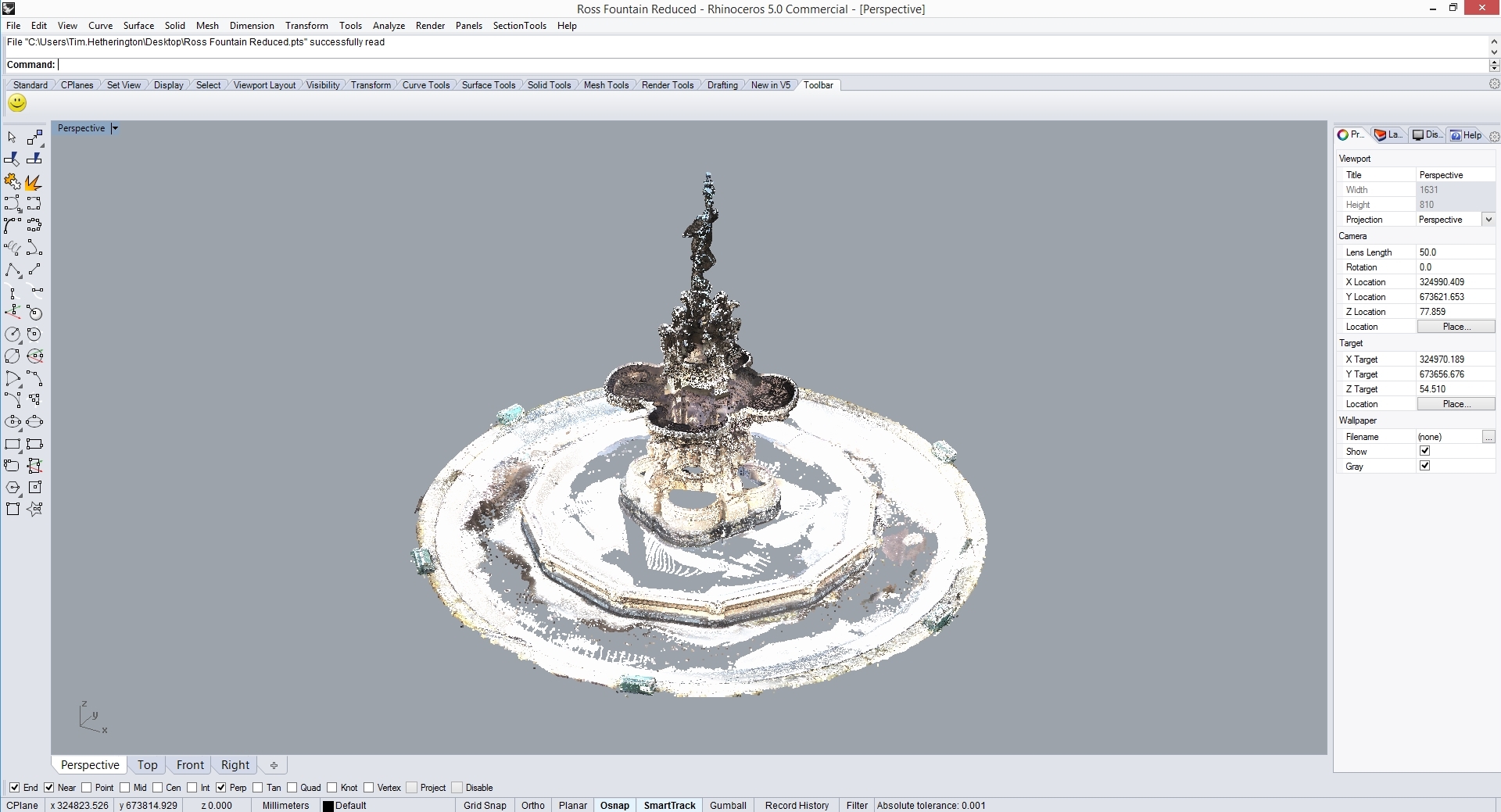 The City of Edinburgh Council

The Ross Fountain is a magnificent example of 19th century cast-iron work, from the foundry of Antoine Durenne ‘Maitre de Forges, Sommevoire Haute Marne’ in France.>

The first tier of the central column has mermaid figures with overflowing urns, sitting on scallop-shell basins with lion’s heads between. Swags and cornucopia abound, and the bowls above have cherub-faced spouts. Near the top are four female figures depicting Science, Arts, Poetry, and Industry, seated between semi-circular basins. The structure is surmounted by a beautifully modelled female figure, holding the topmost cornucopia. The figures were sculpted by Jean-Baptiste Jules Klagmann (b. April 1810) whose other work includes figures for the Louvre and D’ Medici fountains in Luxembourg Gardens in Paris.

Mr Daniel Ross, a local gun-maker ‘with inclinations to art and natural science’ saw the fountain at the Great Exhibition of 1862 in London, where it was described as “obtaining universal admiration”. He bought and gifted it to the city; it was shipped to Leith in 122 pieces in September 1869. A smaller version of the fountain is now in Pelotas in Brazil.

AED carried out a full review of existing literature and surveys, followed by internal and external inspections of the cast iron structur. This was followed by the administration of a 3-d point cloud survey, carried out by GL Surveys. Information from this work was used to prepare a detailed report on the engineering condition of the monument. Recommendations were made for geotechnical engineering to correct the tilt of the entire statue and bowl and ensure the longevity of the fountain structure itself. Full archive information was supplied to City of Edinburgh Council to assist with maintenance and future works.