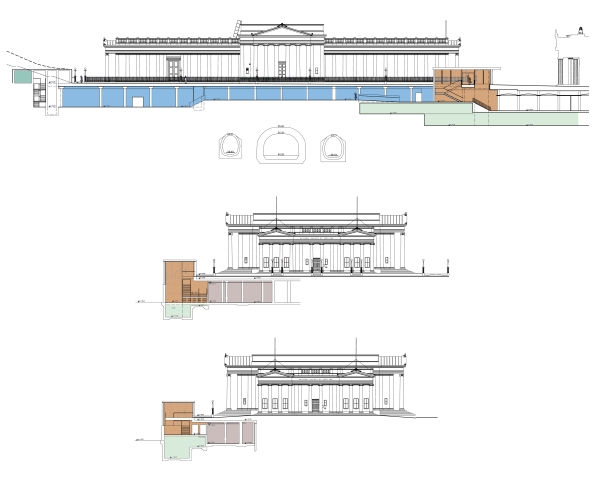 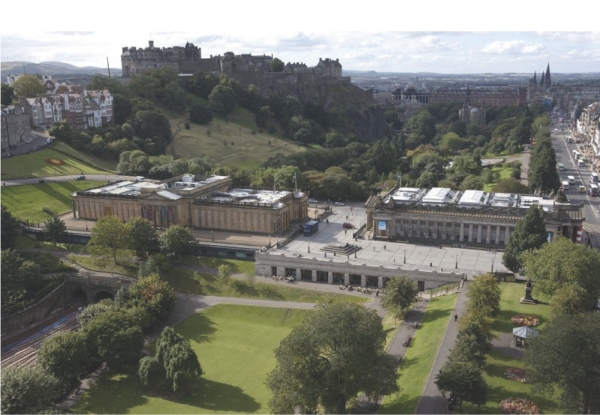 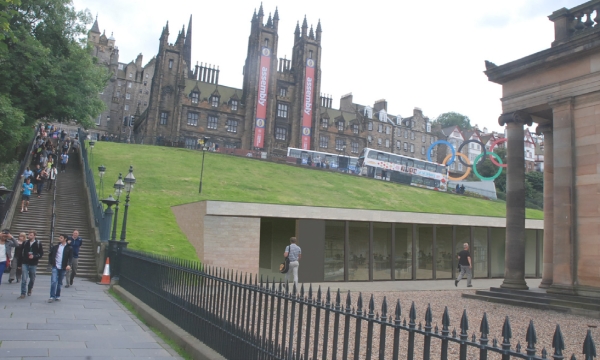 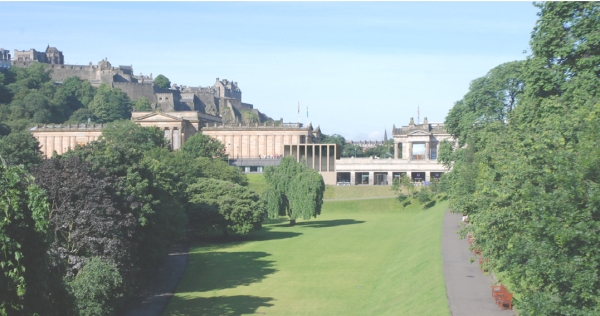 The facilities in the National Gallery of Scotland on the Mound in Edinburgh are generally excellent but the quality of the 1970s New Wing housing the Scottish Collection itself have not dated well and are in urgent need of rejuvenation. There is also a pressing need for increased office accommodation on the site and a general reworking and enhancement of entrance and circulation spaces in the Weston Link beneath the Gallery plaza is also considered desirable by the Client.

As part of a consortium led by the much-missed Malcolm Fraser Architects, AED were awarded the engineering commission associated with the feasibility study stage of the project.

The proposals developed by AED featured bold interventions, including:

The design work carried out was required to take cognisance of the three shallow railway tunnels which run a few metres below the floor slab of the New Wing and original Gallery, and the extremely dubious ground conditions prevalent in and below the Mound itself, consisting of poorly consolidated variable fill on top of alluvial silts and clays.