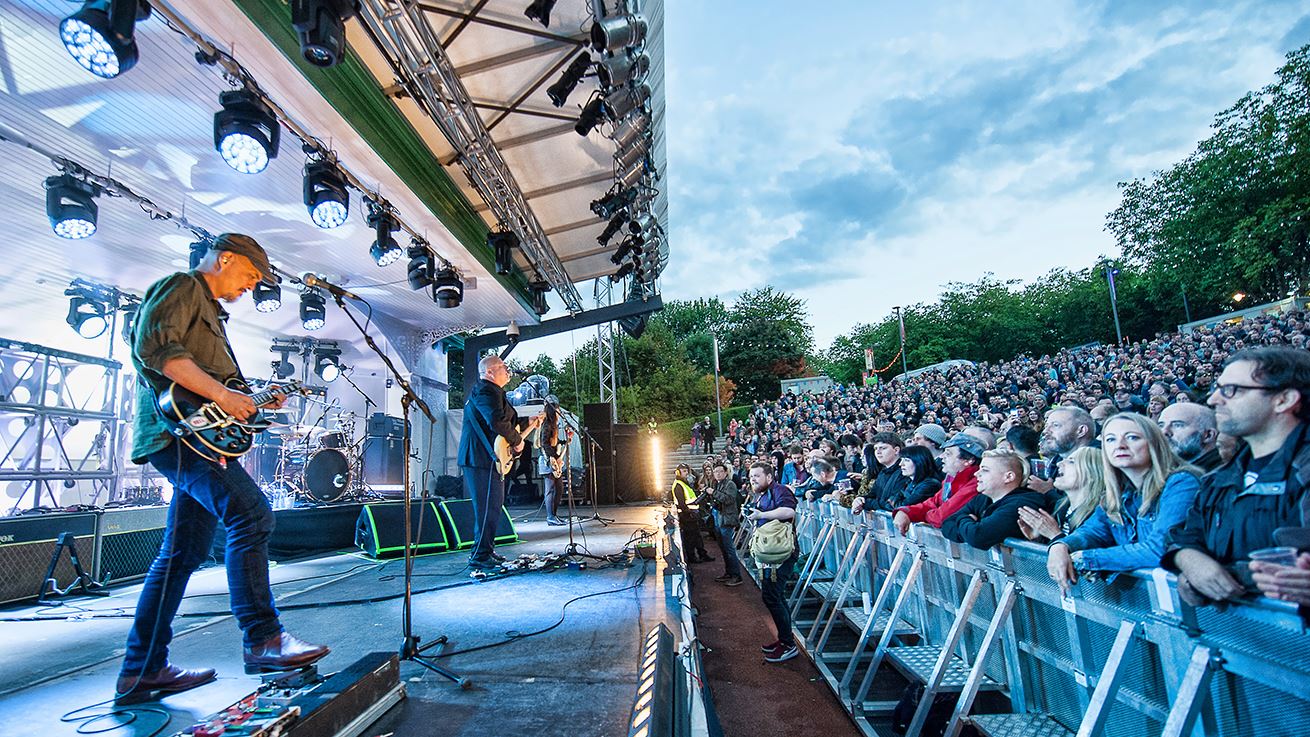 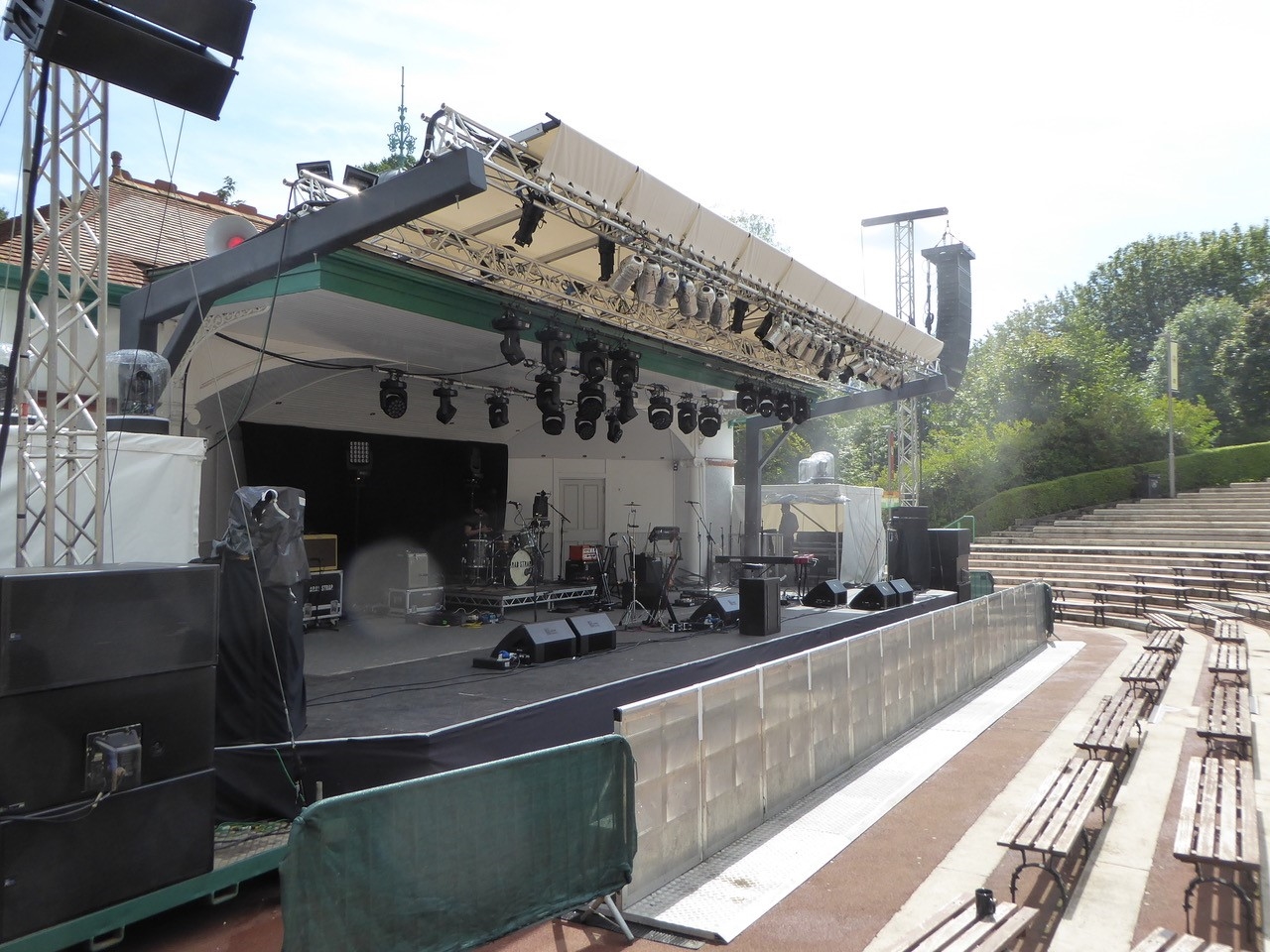 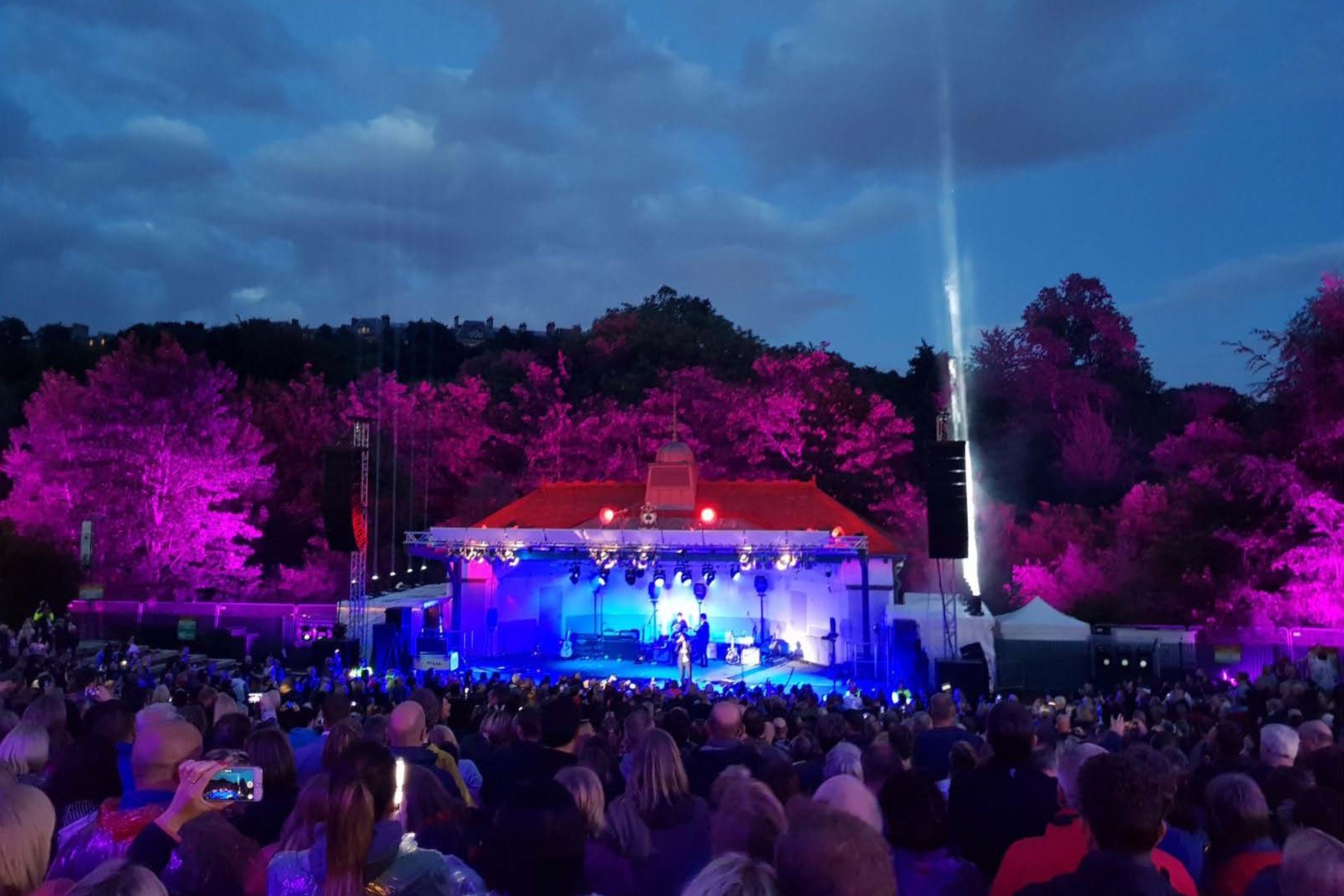 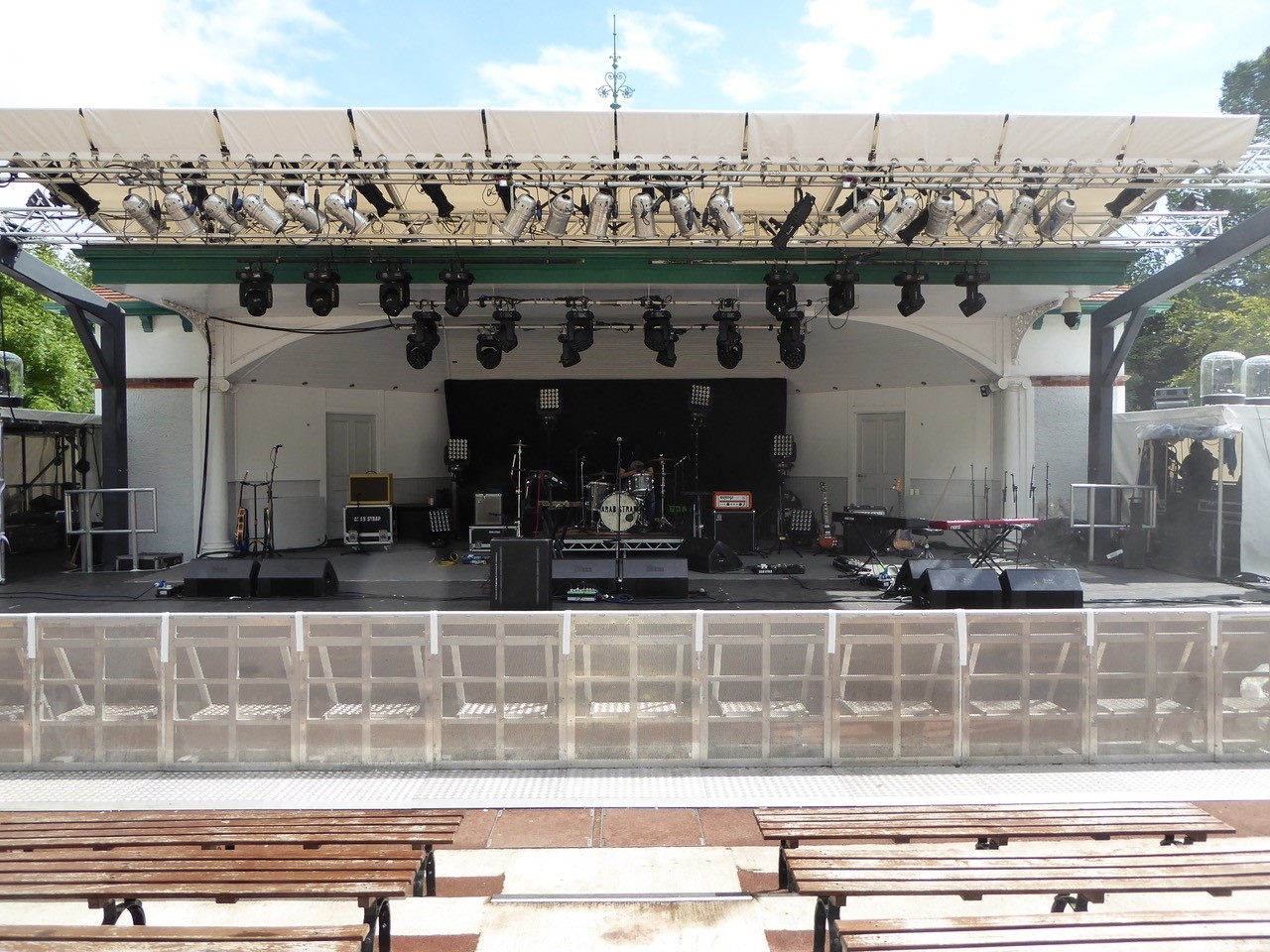 AED were brought in after concept design stage to adopt the proposal put forward while re-working the design for erection as a temporary demountable structure, serving the summer concerts in Kelvingrove Park.

The legs were reduced in size to make handling easier and split horizontally at mid-height to facilitate installation and storage. Tray baskets were included in the detailing of the feet, which were then loaded with concrete blocks to stabilise the structure.

The canopy can be erected in one day by a team of five with a telehandler.

The entire project from first introductions to safety sign-off on site was completed in a twelve-week programme.