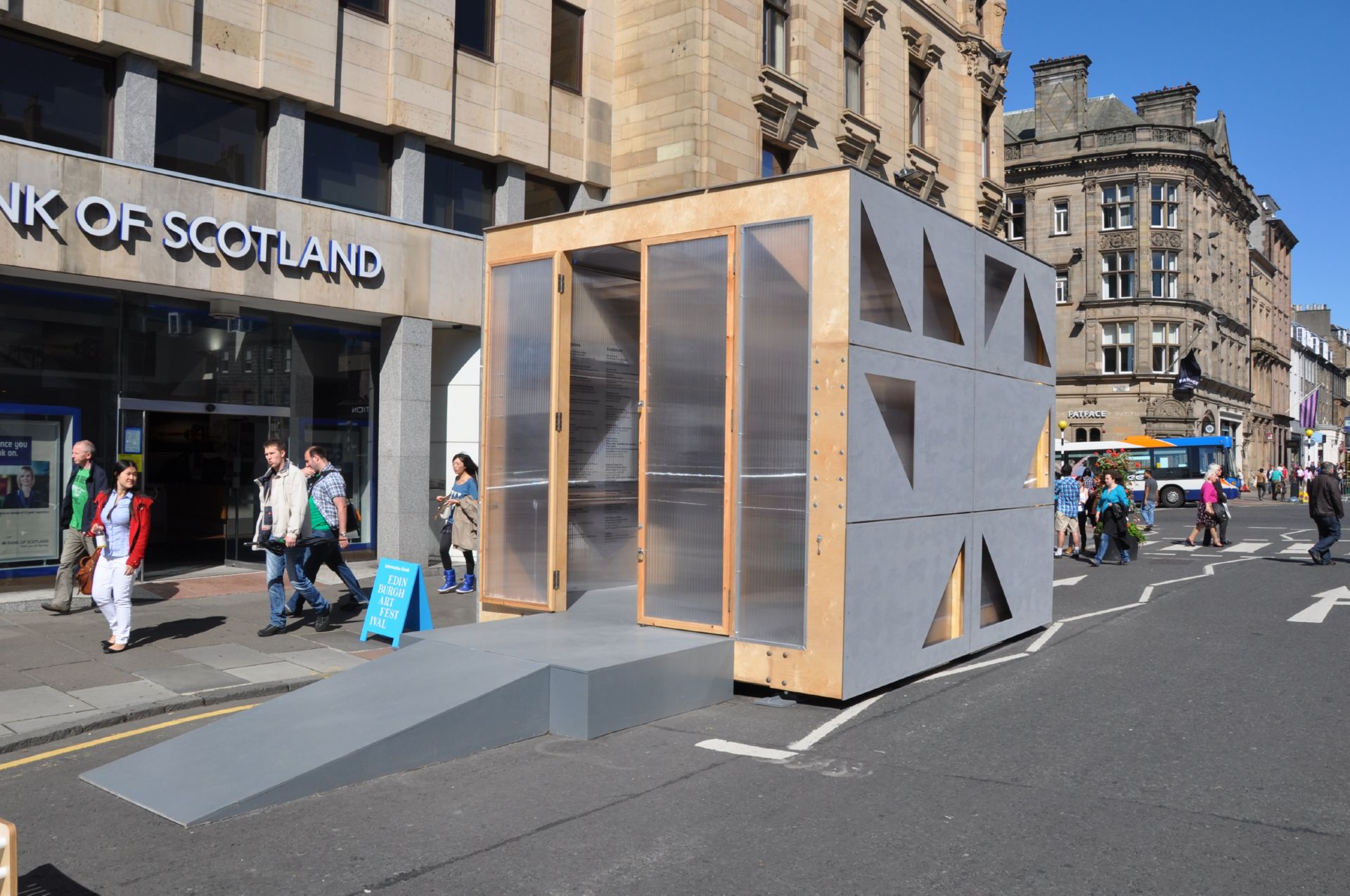 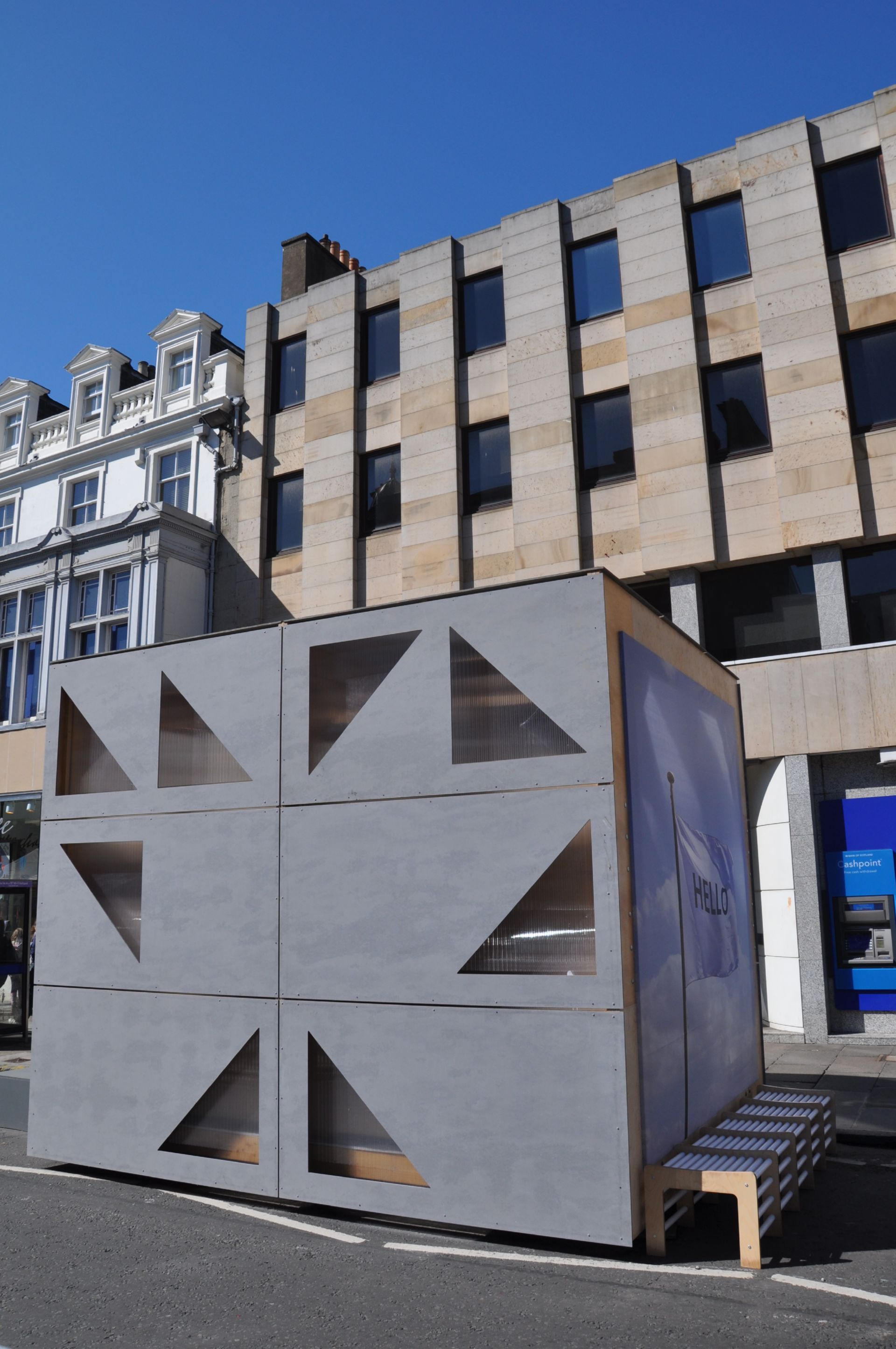 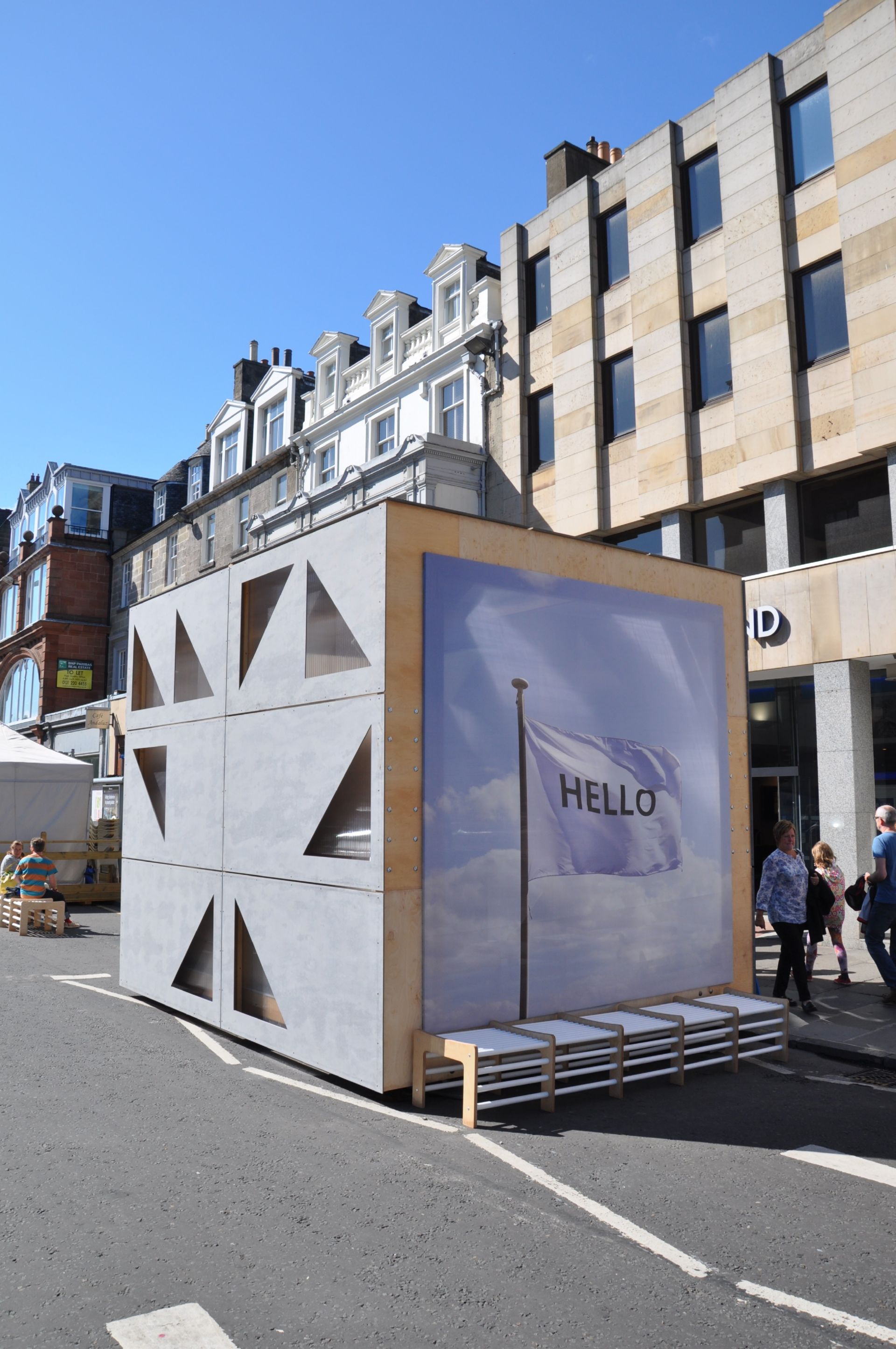 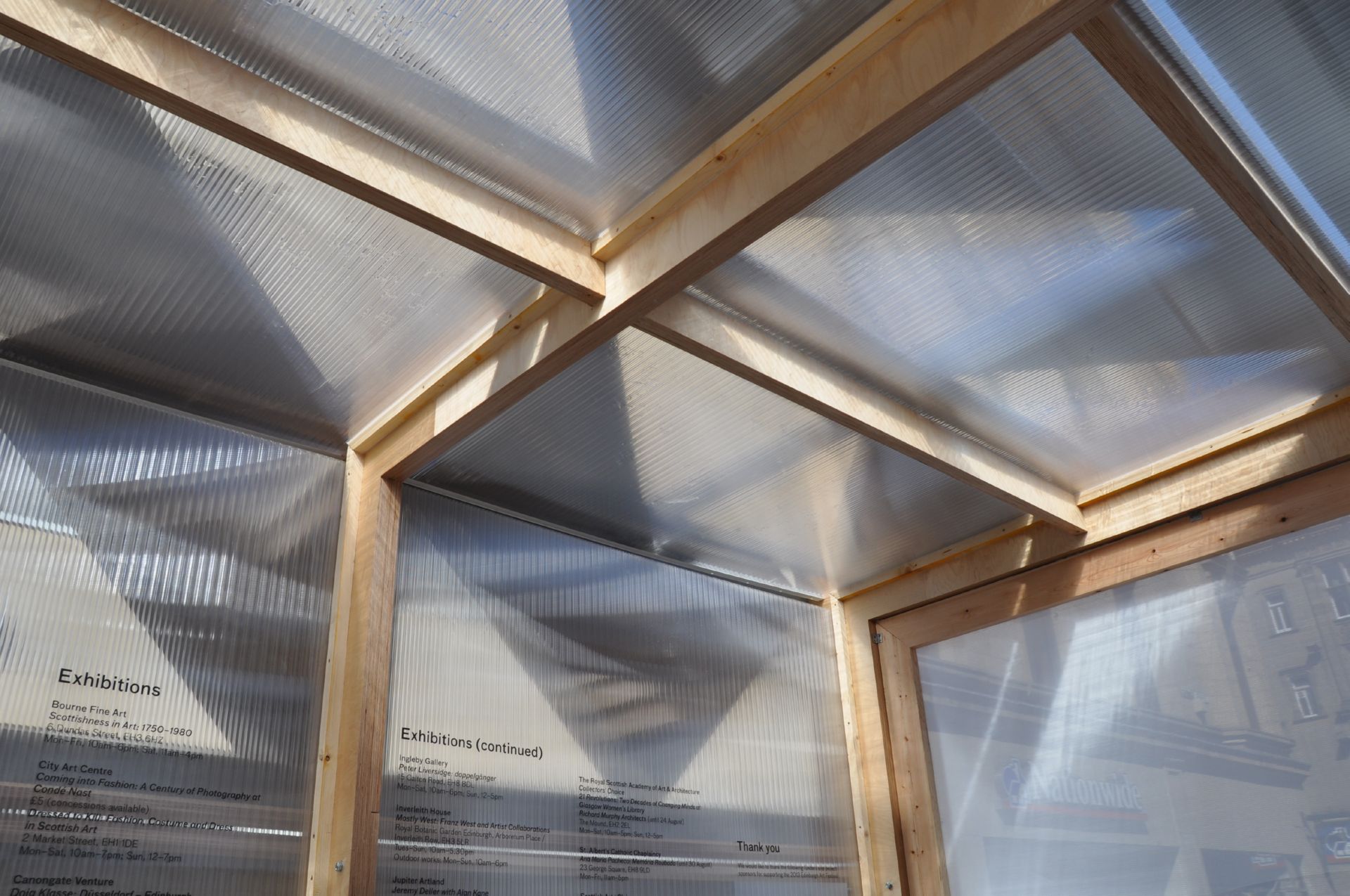 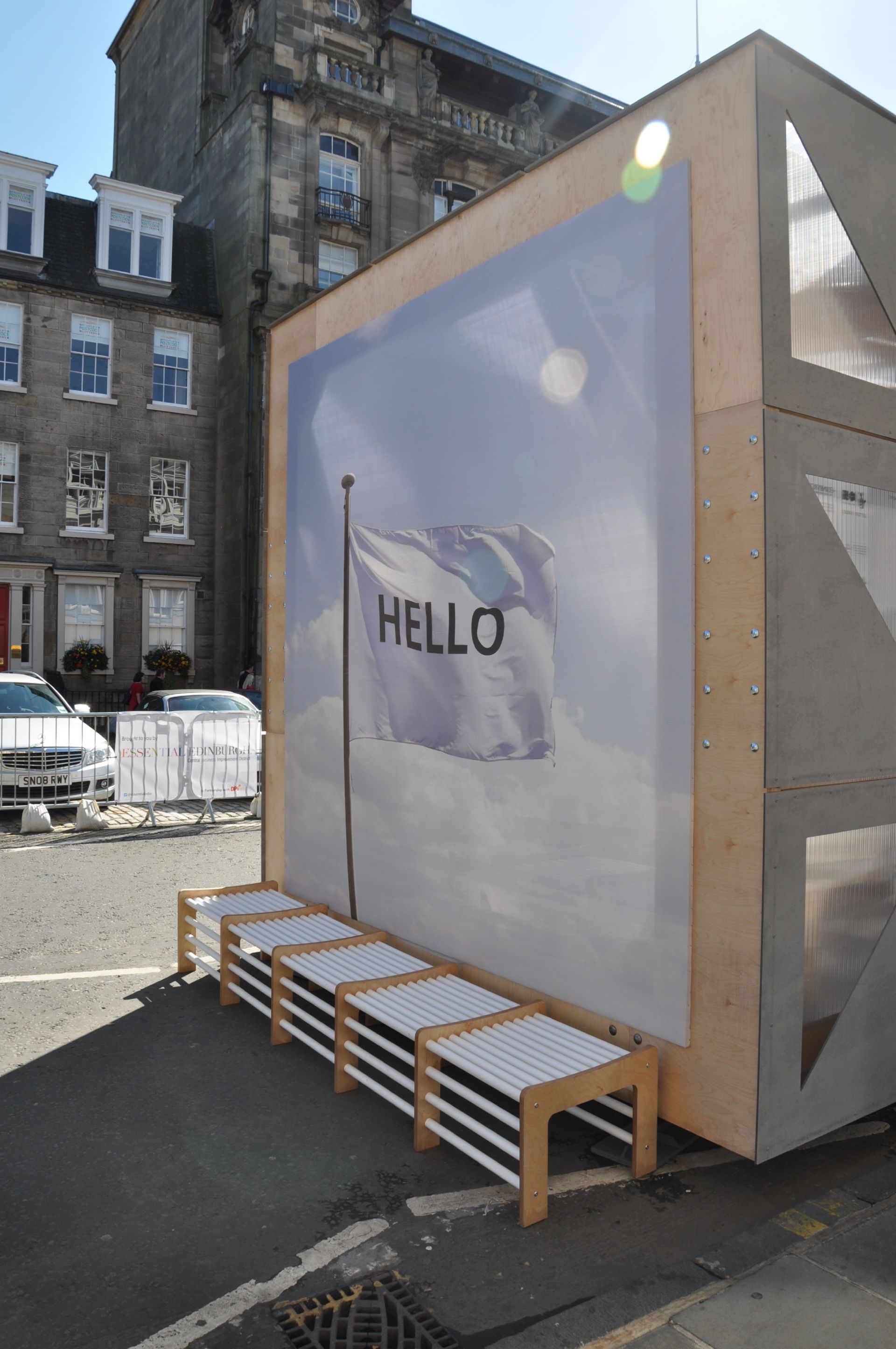 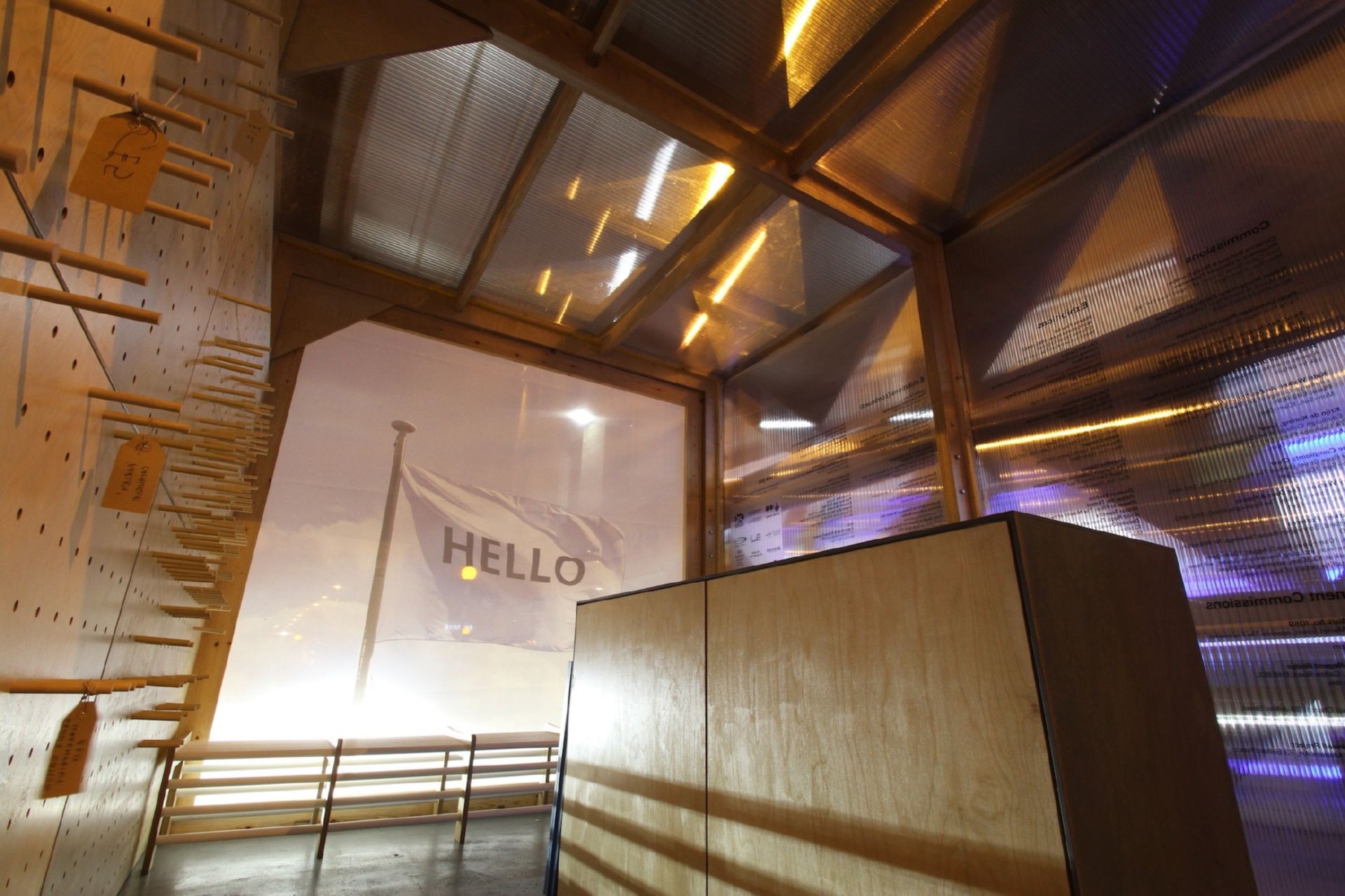 After a successful commission to produce the Edinburgh Art Festival’s 2012 pavilion with Andrew Miller, AED were asked to put a team together to create a temporary demountable, reusable, expandable hub structure for the Festival to use for the 2013-2015 seasons.

The brief was demanding and the budget and programme more so. AED teamed up with Four-by-Two Consultants to produce a laminated timber structure capable of being erected in one day on a variety of terrain, providing comfortable promotional and display space, and which could be dismantled for packing into a goods lift.

From inception to erection the project was completed in twelve weeks to a budget of circa £15k.